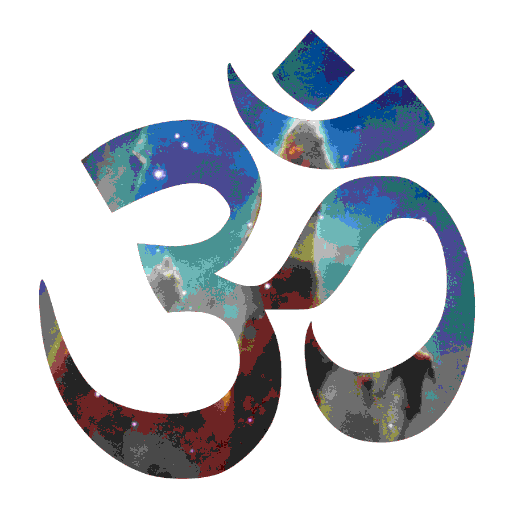 Thoughts were less invasive this time around. Was able to replicate the back sensation from last night. Leg fell asleep again, had to enter something akin to half-lotus to resume. I need to see what I can do about the whole "leg falling asleep" gambit.

Session similar to last night. Thoughts still rising and falling at decreasing, but still notable rates. I utilized that 'technique' of focusing on a specfic bodily stimulus that I had used last night on the water droplet. Here, I used it on a number of different stimuli I percieved. Pain in hands, pain in my right ear, strange feeling on my face, etc. For the most part, it worked. Either the sensation went away or became bearable. My center-of-forehead headache briefly re-appeared but disappeared and didn't emerge again!

The only thing the 'focal technique' didn't really work on was when one of my legs fell asleep. I had to re-adjust myself for the sensation to subside, and it re-emerged as soon as my session ended.

Something intriguing about my experience was how removed I was from events. I was reminded of the housing department at my University and all the strife they had caused me, but unlike past times where even the mention of Housing would set me into a rage, I was calm. Similarly provocative thoughts or imagery didn't affect me like they do in the light of day.

Very interesting session, no headaches this time. Similar flood and decrease of thoughts as previous sessions. One interesting that happened, however, was that regarding my back. Strain still appeared at some point. I tried focusing in on the pain, and I could actually feel a response in my back. The pain was still there, sometimes weakening, but the I could feel sort of tingling sensation in my back as I was focusing in on it. I repeated this two or three times before my leg fell asleep and I had to end the meditation early. It was only been a minute or two early, though.

I ran into a major problem during my session. I found that I kept thinking about this blog! Every thought I would have or sensation I would encounter, I would immediately try to turn it into a sentence to put in here! I realized very quickly that this isn’t the right way to go about it. My super focus on these entries had made it hard for me to actually meditate. It also made my mind wander even more. I anticipated, for instance, my phone having a notification ping. Sure enough, a ping went off. I couldn’t keep a straight mind.

My headache still returned. Same location. I realized that the same eye where the headache was stemming was my eye closest to the candle I had lit. So I extinguished the candle sitting there. The headache subsided, but now I was breathing in acrid smoke. I then became worried about emphysema and turned myself away from the corner, but I couldn’t properly get into lotus at that point. And as said before, my mind still wandered endlessly.

The whole thing left me a little disenchanted, but I still intend to keep doing it. Habit making is powerful. It’s karmic. It sows the seeds in your mind to do similar acts in the future. And I hope this next time around I won’t be writing it all out in my head!

Tonight was more successful than last night. My mind still wandered but was more manegable, and I did not get consumed by those same late-night thoughts from last night. I did manage to achieve some meditative calm, fleeting but of note. I did still have trouble with my posture, to a lesser extent, and strain was still present.

I tried this meditation fully in the dark to see if the headache would subside. It did, but a different one emerged above my nose. I wager it was a sinus-related headache, as it appeared only when I focused on the inside of my nose.

One strange sensation I recall was that of a water droplet on my stomach. A singular one. It annoyed me at first, but after focusing on it briefly it stopped bothering me. I could still feel it ofc, but it stopped being a distraction.

While meditating, thoughts from all across the day had entered into my head sort of like a review. I also had a section from the Mahabharata come into my head, a section that had puzzled me when I read it but took on a different interpretation here. A separate entry will come for that one later.

Overall, I would say this meditative venture was much more successful than this morning. It was not without its issues, but I still felt it was beneficial nonetheless. I need to figure out what to do about my posture and these darn headaches!

I've recently decided to do this process regularly. I found up a book on Kriya Yoga and today practiced their first exercise. As a special preparation I lit a candle and filled my bathtub with about six inches of water. I then went into lotus position, straightened my back, and began focusing on my breathing.

It was similar to past meditations, but here was an added emphasis on posture and on the physicality of breathing. Unlike past attempts, I found it much harder to 'cancel out' the outside world. I noticed noises in my house that I hadn’t before. I could faintly hear one of my candles go out and the sporadic drops of water from my faucet. I could hear the insides of my head more clearly. I could hear something in my throat abruptly opening and closing with each breath (was it my epiglottis?). After a while I could hear my eustachian tubes open and close. I could occasionally hear noises from inside my sinuses, but they were fleeting. Occasionally, the view from my closed eyes would flicker with brightness and darkness from the candles mores than usual. Random thoughts and memories still came and went as they’d done in past meditations, and I was able to quell them with time. (Not fully though, but the interruptions became less and less frequent).

I also felt more somatic sensations. My back began to strain, but the feeling subsided and rose with time. I felt a spontaneous, electric-like feeling from the back of my sinuses that lasted for a moment. At one point my face began to tense up, so I continued my breathing but repeatedly tensed and relaxed my face to try and fix it. Eventually I stopped and put some water on my face. The tension soon subsided, but I then developed a headache. It was located above my right eyebrow, and briefly spread to my inner right ear. (I can't say for certain the time this took place, as I obscured any and all clocks.) It remained with me during the duration of the meditation (only a few minutes), subsiding and rising but never fully disappearing. It left when I got up.

Experience pretty much the same as earlier, but in a shorter time span. Still develop sporadic, rising and falling back pain, and still developed a headache in the same location as mentioned prior. However, I had much more difficulty maintaining my posture this session. I had caught myself hunching over multiple times and once or twice in the situation I had completely left my meditative state. The only thing keeping me in a meditative posture was my legs. They were still in lotus position.

What made this session so much harder was that my mind was getting onslaughted with those feelings you get deep in the night that take over every fiber of your being and distract you. I eventually caught myself giving in to those feelings. I was broken for my meditative state as a result.

I feel this session was not very successful. I still intend to do more, and I hope the morning session will be much more fruitful.